Since the Paris climate agreement was signed in November 2015, widespread hunger and thirst have spread across the Oceania region.

Caritas New Zealand’s State of the Environment Report 2016 says that children in some communities have been eating tough cassava roots softened with paracetamol in Fiji. People in Papua New Guinea walked for days to get food and water during the El Niño that brought widespread drought to Oceania. At its peak, the drought caused food and water shortages for an estimated 4.7 million people. 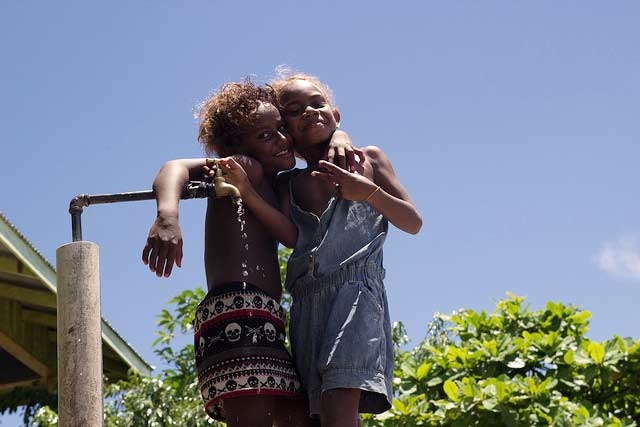 I’m at COP22 (the annual UN climate conference) in Marrakesh this week. While last year’s COP21 in Paris focused on getting world leaders to agree on new international climate norms, this year it’s about action: how to turn climate commitments to hard-hit communities like the ones in Oceania into reality. This means, among other things, drafting crucial operational rules regarding he Nationally Determined Contributions for curbing carbon emissions.

As people are experiencing in regions such as Oceania and as science is confirming, the world is on a dangerous trend towards life-threatening and potentially irreversible warming. At COP22 parties must demonstrate their readiness to step up efforts to reduce at the soonest their emissions, as time is running out.

COP22 should address climate change as a development issue and recognise its major impacts on human rights such as the right to food, to water and health, and their crucial links with poverty. Caritas calls on states to respect, promote and protect human rights in their national climate policies to achieve true climate justice.

A vital component of climate action is finance: a roadmap for US$100 billion was presented by developed countries ahead of COP22. It will be important to clarify how climate finance is accounted for and reported. Moreover, at COP22 developed countries should pledge to significantly increase the share of finance for adaptation in those parts of the world where the effects of climate change have already hit hard.

At COP22, Caritas wants to especially defend the position of African countries and communities. Africa still remains vulnerable to the impacts of climate change despite having been the least contributor to it. Climate adaptation policies in Africa are insufficient to tackle the adverse effects of climate change due to lack of predictable resources, weak institutional capacity, poor implementation of existing environmental legislation. 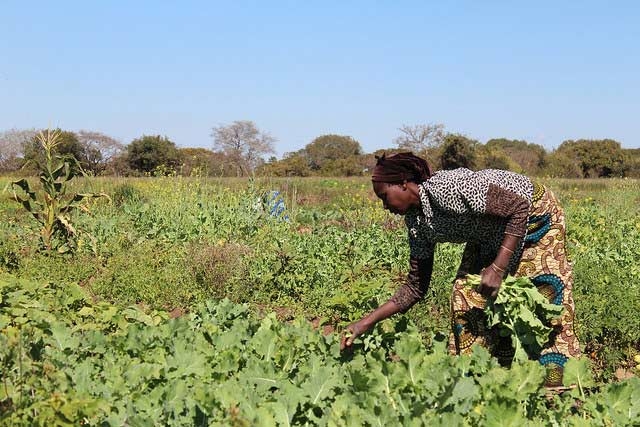 Women farmers face many challenges. Even though they make up 50% of the agricultural work force in the Global South, it is more difficult for them to access land, training, and tools. Photo by Jennifer/ Development and Peace

Among vulnerable groups in Africa are women farmers. Caritas says that adaptation strategies need to reflect the different impacts climate change has on men and women. The disparities that make women more susceptible to climate change must be addressed, as well as their disadvantages in accessing up-to-date information and adaptation strategies, appropriate technological innovations, improved storage facilities and resource management.

Agriculture is key in addressing climate change. COP22 is an opportunity to advance negotiations on agriculture and meet adaptation and emissions reduction commitments by ensuring virtuous linkages between climate change, agriculture and food security. COP22 negotiators need to focus their attention on building the resilience of smallholder farmers, supporting their livelihoods and rights, including the promotion of agroecology and indigenous knowledge.

Even big emitters like the USA and China have ratified the Paris agreement, in an unprecedented change of direction from their previous positions. Along with a large public awareness movement, which has reached out to many and gradually built a stronger environmental conscience among large population sectors, the message of Pope Francis to care for our common home and follow an authentic ecological conversion has not gone unheard by high political spheres, nor by us.

As Caritas, we renew the message of Pope Francis in his Encyclical Letter “Laudato Si’”, whereby humankind has to redefine its relationship with the environment, of which we are part and not the masters.