The future of humanity is in all our hands, let’s Share the Journey

What does the future of humanity look like? According to Pope Francis, the future is “in the hands of those people who recognise the other as a YOU and themselves as part of an US”.

It’s sometimes easy to forget that humanity isn’t just made up of the most powerful leaders, the richest people or the people who shout the loudest.

To remind us of this, Caritas has created a giant collage of faces which includes many different and contrasting faces as part of its Share the Journey campaign on the culture of encounter. The three-metre high collage depicts the face of our colleague, Nasrin, who works with children in a Rohingya camp in Caritas Bangladesh. 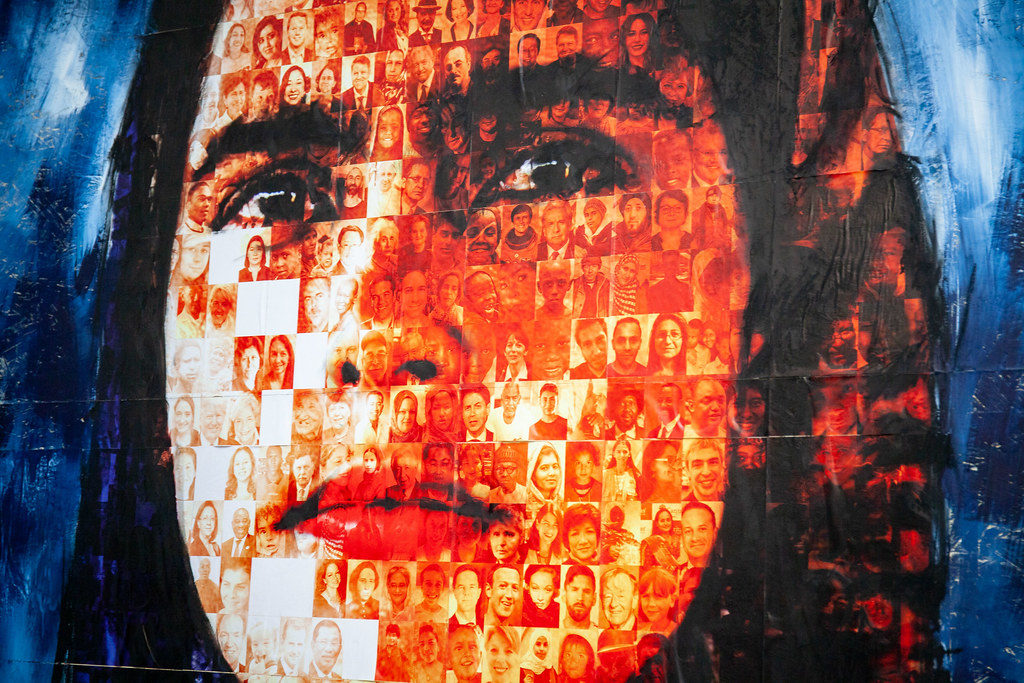 Inside her face are hundreds of faces: migrants and refugees, leaders of governments, CEOs of the world’s top companies, Caritas staff and other people, and migrants and refugees from the past such as Einstein…and also one of my Irish grandmas who emigrated to England.

Spaces for ten final photos of migrants and refugees were left in the collage which we filled during the course of our general assembly in Rome late May 2019.

Caritas president, Cardinal Luis Tagle stuck in the face of his grandfather, a child migrant sent with an uncle from China to the Philippines by his impoverished mother at our general assembly press conference in the Vatican.

During an event in Saint Peter’s Square, each Caritas region posted a photo of a migrant or refugee as the 450 delegates looked on. See photos.

The migrants ranged from detained writer Behrouz Boochani to the son of the director of Caritas Venezuela who has been forced to flee the crisis in Venezuela to go and live in Chile.

The collage was completed by Pope Francis. Towards the end of our general assembly and during a private audience with the leaders of Caritas organisations from over 160 countries around the world, Pope Francis pasted in the wedding photo of his parents. Pope Francis’ father, Mario, had migrated from Italy to Argentina in the 1920s. 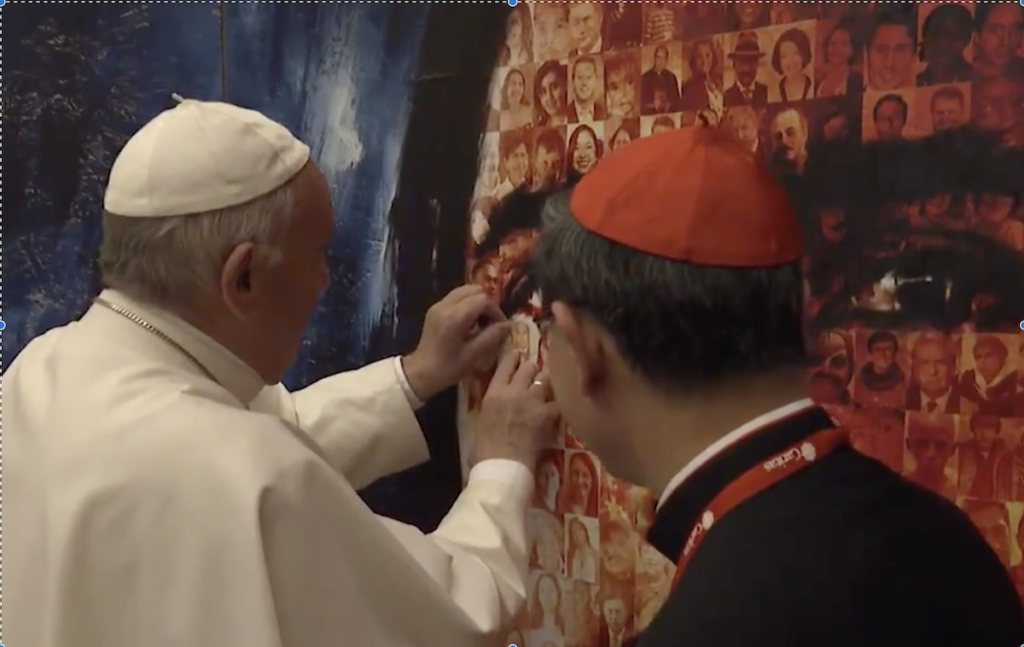 Now the collage is complete, later in the year, we will send the digital copy to Caritas organisations around the world to mobilised communities for a Global Week of Action around art. There will again be empty spaces in the collage, where migrants and people in communities can post their faces and the faces of their migrant family.

By doing so, it is a reminder that although we are all different, we’re part of one humanity. As Pope Francis said, the future is made of all of us, and “We all need each other.”