Amazonia: 105 people asphyxiated in Manaus every day due to lack of oxygen and political will

There is a lack of basic necessities, a lack of oxygen, but above all a lack of political will to respond effectively to the pandemic. This is the dramatic picture in Amazonia described to Caritas Internationalis by Father Luis Moldino, spokesman for the archdiocese of Manaus.

“The situation in Manaus is tragic and continues to worsen. In the first days of February, we recorded an average of 105 deaths per day due to COVID-19, while in January the average was around 70 per day.” 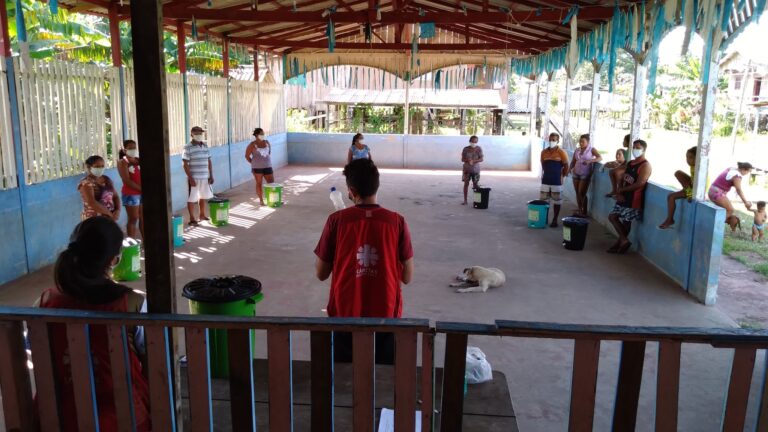 For a city of just over 2.1 million inhabitants, the toll of 2,195 deaths from COVID-19 in little more than a month, since the beginning of January, is very heavy, and the exponential increase in the number of cases has led to the collapse of hospital facilities. Not to mention that COVID patients arrive in Manaus from the entire Amazon state.

“The waiting list for a hospital bed is very long. Less serious cases are starting to be transferred to other states, but the patients are terrified as they are being required to sign their consent that in the event of death their bodies will not be returned to their families.”

The most dramatic element of this health crisis is the lack of oxygen, which is condemning a growing numbers of people to death by asphyxiation.

“The state authorities and the government of Brazil claim that there is oxygen, but this is not the case,” says Father Moldino, “and the little that is available is now being sold at three times the cost.”

“It is really distressing to see medical staff and relatives of patients desperately searching for oxygen to try to save their loved ones. While people are “drowning to death” without a chance to breathe. In normal times, the average consumption of oxygen in hospitals is about 15-17,000 cubic metres. Local production capacity is 28,000 cubic metres. However, current consumption is about 75-80,000 cubic metres of oxygen,” he says. 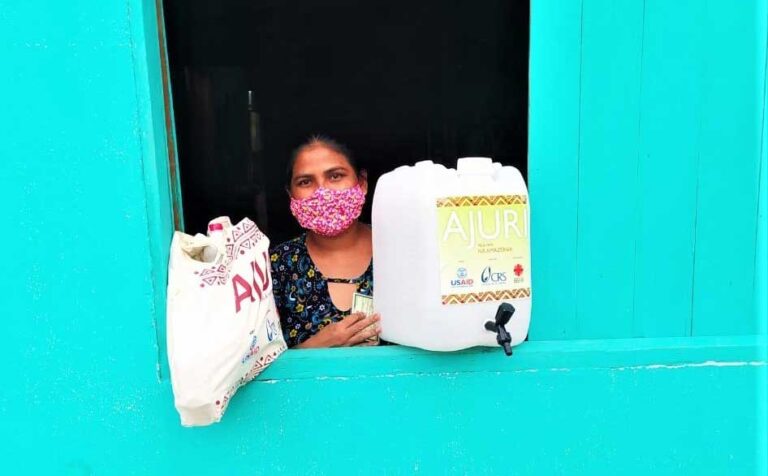 Caritas Brazil is working on prevention and care in the face of the second wave of COVID-19 in Amazonia. Photo by Caritas Brazil

In recent weeks, Caritas Brazil and the Norte 1 region of the Brazilian Bishops’ Conference – which includes the severely affected state of Roraima – have launched a campaign for the immediate purchase of oxygen cylinders and other items such as saturimeters, concentrators, masks, gloves and medicines.

The first 101 oxygen cylinders arrived on 26 January and were immediately distributed in several municipalities in the Amazon State. Caritas had to overcome many challenges, as local authorities hinder rather than facilitate the delivery of vital aid.

“The local Church is also doing a lot to distribute aid to the poorest families and the homeless,” continues Father Moldino. “In Manaus, many people used to survive thanks to the informal economy, selling their products on the streets. And now that everything is closed, they have nothing to live on.”

Two weeks ago, the Archbishop of Manaus, Monsignor Leonardo Ulrich Steiner, launched a heartfelt appeal to send oxygen, but also to “abandon negationism and divisive politics”. Unfortunately, since then the crisis has continued to worsen, aggravated by government inaction.

“Since the beginning of the pandemic, there has been a lack of political will on the part of the government to respond to this tragedy,” Father Moldino continues, “and disinformation and lack of information have made the situation much worse. The pandemic is a political issue and saving people’s lives is of little importance. They prefer to save their own politics and interests.”

Help us deliver oxygen to COVID-19 patients in Manaus