The war in Syria will be ten years old on 15th March 2021. The Caritas Confederation has served more than 1 million Syrians annually over the past 10 years as they faced bombings, hunger and one of the most complex humanitarian crises in the world. It has supported communities through programmes on shelter, food, education, health, protection, livelihoods, water and sanitation, among other activities. 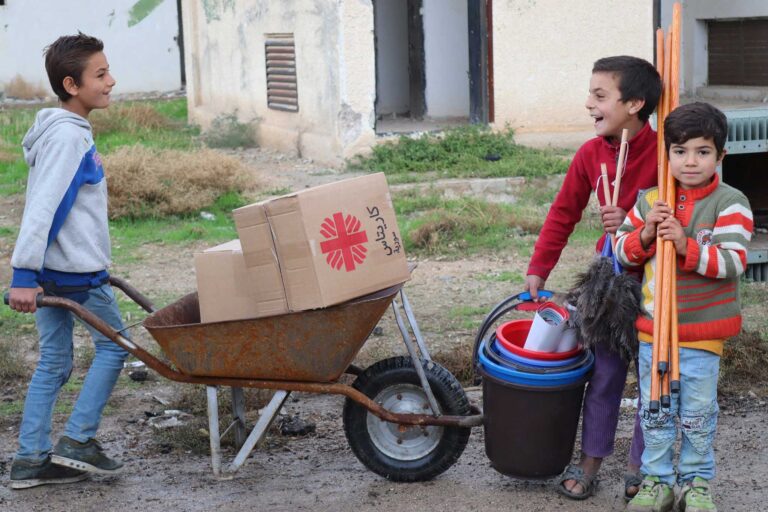 Twenty-two Caritas member organisations (MOs) are currently supporting projects in Syria. Seven of those members have offices in the region. In 2020 the Caritas Confederation supported around 830 000 Syrian people in the Middle East.

“Our hearts are with Syrians as they mark this sad ten-year remembrance of war on 15th March,” says Aloysius John, secretary general of Caritas Internationalis.

“Syrians are facing desperate humanitarian conditions. There are new challenges in Syria as a result of the economic crisis and pandemic which require our unwavering support. Our focus is to increase autonomy and sustainable livelihood opportunities, and as a result, stimulate markets and to help the long-term economic recovery in the region.”

In the course of the ten-year war, the Caritas Syria office has grown and has boosted its capacity for responding to the protracted humanitarian crisis and now has a total of 200 staff and an average of 100 people volunteering. Caritas Syria staff have faced the atrocities and difficulties along with the rest of the population. 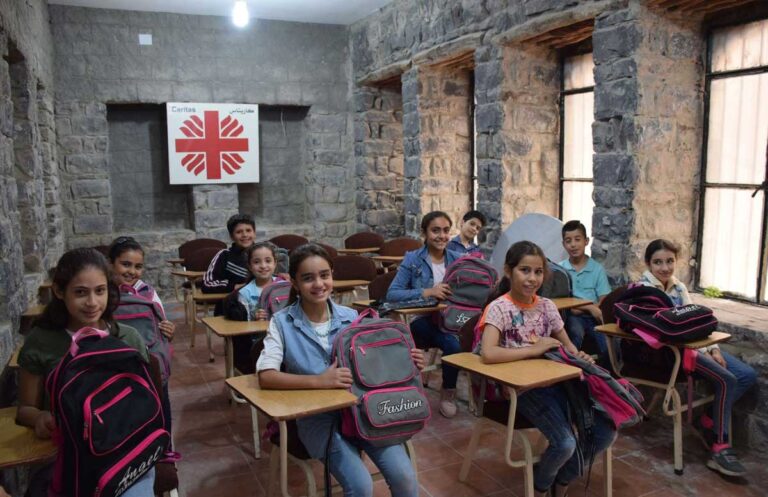 “We ourselves at Caritas are living through the same crisis as the people we help. I have been displaced because of the war, as have some of my Caritas Syria colleagues,” said Elias Hamwi, a Caritas Syria project coordinator in the eastern part of Aleppo. Read his story here.

After serving ten million people in ten years of war, Caritas looks to the future of Syrians, focusing on increasing self-reliance in communities and boosting development programmes. 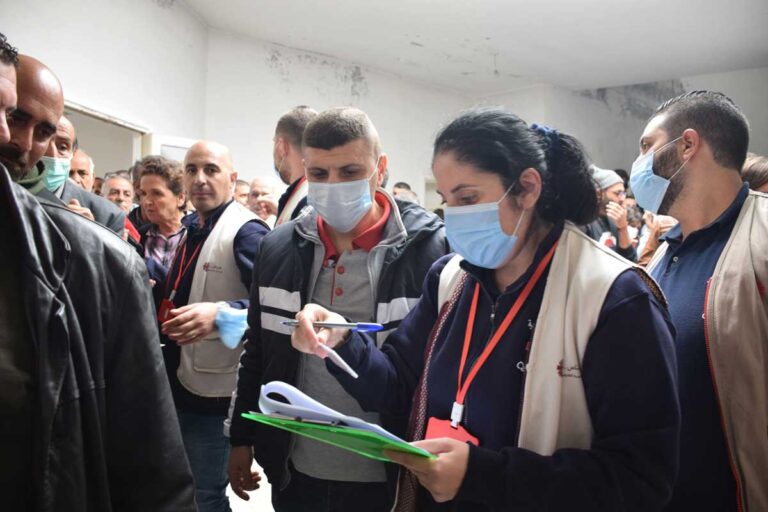 Almost 60 percent of the approximately 18 million Syrian population struggle to put food on the table and 4.5 million people were pushed into hunger in 2020 alone. Furthermore, two out of three children in Syria are out of school and attacks on school buildings are continuing. The triple impact of sanctions, conflict, and Covid-19 mean that many schools are closed.

Caritas’ support for Syrians is not limited to Syria. In fact, in the Middle East region they are more than 4,500 Caritas people, including many volunteers, involved in the Syrian crisis response. Currently there are 1.5 million Syrian refugees in Lebanon and over 660,000 refugees in Jordan, and the support they receive from Caritas in these two countries remains a vital lifeline.

On 10th March 2021, addressing the Human Rights Council in Geneva in a joint statement, Caritas Internationalis called on the US government and the European Union to remove those sanctions preventing Syrians from accessing basic needs and services and health supplies and were inhibiting the rebuilding of basic infrastructure. Read the statement. 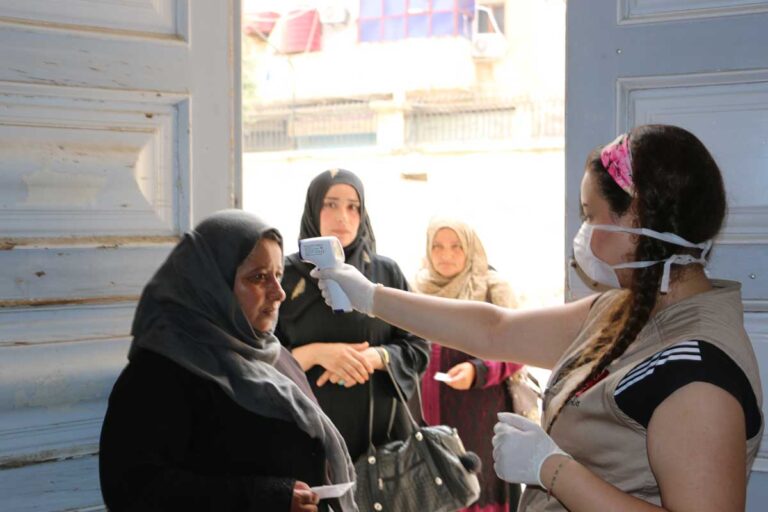 Caritas projects in Syria are mainly implemented in Aleppo, Damascus, Homs, Hassakeh and in the Littoral. They assist the most vulnerable and at risk people such as children, the elderly and families including members with learning difficulties.

After the reunification of Aleppo in December 2017, Caritas was immediately able to support the eastern part of the city, which had been totally destroyed. Currently over a dozen Caritas member organisations are supporting a three-year project (2018-2021) with a budget of €4 million. The project is helping over 37,000 people and has a strong focus on helping small and medium-sized businesses relaunch their activities, having shifted focus from responding to people’s basic needs.

In Homs, the Caritas project “Improving living standards and community environment” aims to boost people’s income. Similar projects will be implemented in other areas of Syria this year.

In response to the high number of children who can no longer go to school, a project €1 million funded by the Caritas confederation in Ghouta has ensured the rebuilding of houses and the rehabilitation of two schools. Near Damascus, in the destroyed area of Ghouta, Caritas was one of the first local organization to be allowed to access. 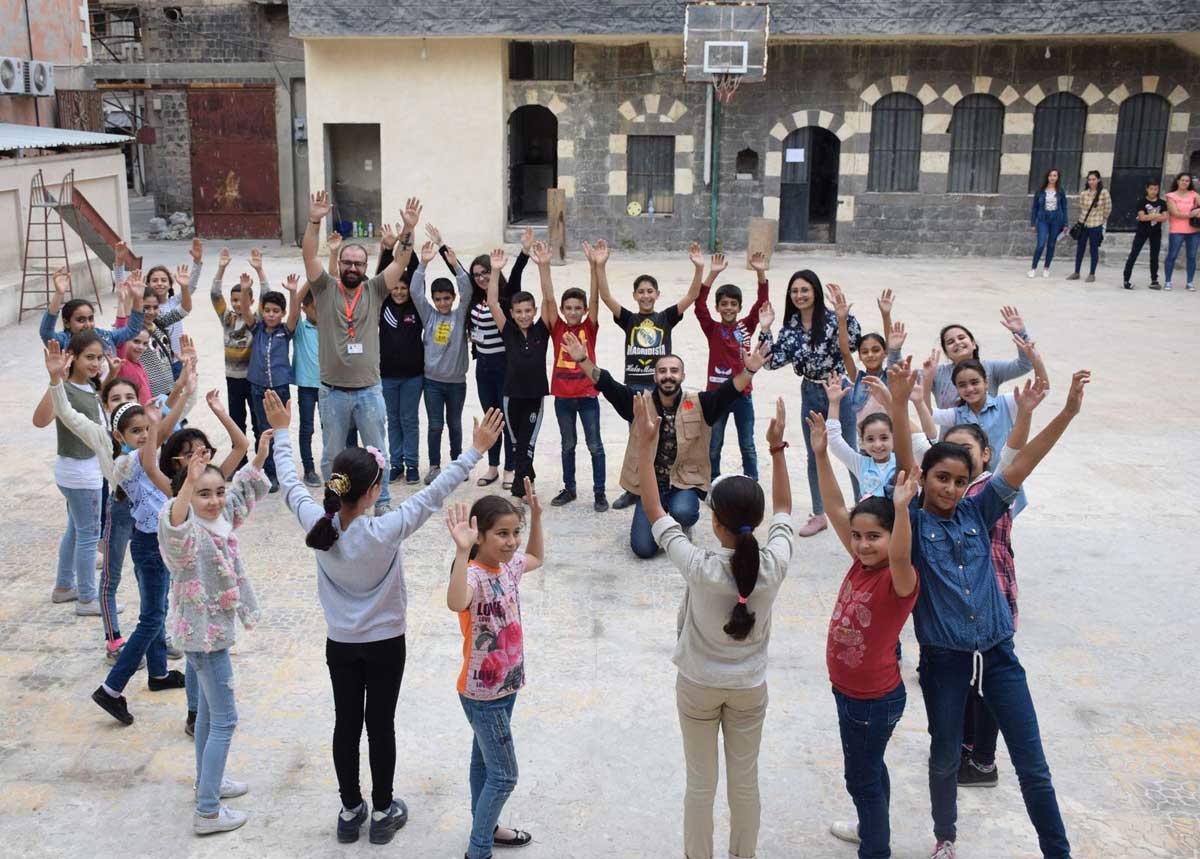 DONATE TO OUR APPEAL FOR SYRIA 10 YEARS
12/03/2021 Conflicts and Disasters, Emergencies, Emergencies in Syria by Caritas Internationalis