Following the declaration of famine in Unity State, South Sudan this week, the country’s Catholic bishops have issued a powerful pastoral letter condemning the country’s civil war and labelling the famine as “man-made”.

In a hard-hitting document responding to dire reports coming in from all seven dioceses in the country, the bishops denounce government and opposition violence being perpetrated against civilians: “The killing, torturing and raping of civilians is a war crime”. 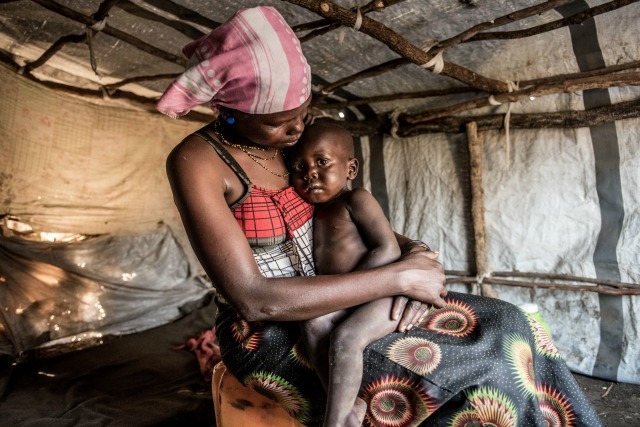 Responding to the urgency of the situation, Pope Francis has expressed a wish to visit South Sudan later this year, the bishops announce in their letter. “We want the world to hear the true situation in which our people find themselves,” said the Bishops. “Our country is gripped by a humanitarian crisis – famine, insecurity and economic hardship. Our people are struggling simply to survive.”

Describing “scorched earth” destruction, the bishops tell of how “people have been herded into their houses which were then set on fire” and state that atrocities continue even after death, with bodies dumped in sewage-filled septic tanks. “People live in fear,” they said.

While food shortages are partly related to poor rains in many parts of the country, it is violence and a plummeting economy that are pushing the population over the edge into famine, states the letter.

It is issued amid warnings from international aid agencies that 100,000 people are currently at risk of starvation in South Sudan and a further 5 million people – the vast majority of the population – will soon be facing severe food crisis. “It is going to be a humanitarian catastrophe,” said Gabriel Yai, director of Caritas South Sudan. “I can’t remember ever having seen anything like this. It’s alarming to see people dying of starvation at the start of the lean season. It’s just the beginning.”

“We have heard what God is saying to us through you and through your sufferings… you are not abandoned.”

Civil war since 2013 in this troubled, highly militarised country has prevented people from harvesting their crops and driven them from their homes. There are currently almost 2 million displaced people in South Sudan and 1.4 million refugees in surrounding countries.

The logistics of delivering aid to these suffering communities are fraught, said Gabriel Yai: “Due to the escalation of fighting, aid agencies have been forced out, leaving communities without any access to food. Security is a huge problem because of armed gangs.”

The South Sudanese bishops warn that the Catholic Church is being targeted by hardliners in the government who “do not welcome Church efforts for peace”. Churches have been burned down, and priests, sisters and other personnel harassed. Nevertheless, said Gabriel Yai, the vital work of the Church must continue.

“Caritas has a good network of Church leaders, priests and community leaders to deliver food to these communities. We can do more on the ground.”

The bishops declare their intention to meet face to face with the President of South Sudan Salva Kiir and any other relevant political and military leaders, “with the message that we need to see action, not just dialogue for the sake of dialogue”. Gabriel Yai of Caritas said, “The international community needs to bring more pressure on the warring parties to stop fighting.”

The bishops outline their proposal to join partner churches in the South Sudan Council of Churches and in neighbouring countries to meet the leaders of Kenya, Uganda, Ethiopia and Sudan to urge support support for the Council’s Action Plan for Peace (APP). The initiative will also draw on the influence of regional Catholic bodies and the Vatican at a global level. Pope Francis has already appealed for action on South Sudan this week.

The bishops conclude with a message of solidarity for their people: “We have heard what God is saying to us through you and through your sufferings… you are not abandoned.”