The Council of the heads of the Catholic Churches in Syria founded Caritas Syria in 1954.
At the beginning, Caritas work was very modest due to the fact that poverty rates were low in Syria and there was no big need for humanitarian aid. During the Iraqi war in 2003, Caritas provided assistance to Iraqi refugees, particularly in Aleppo and Hassakeh regions.

With the beginning of the war in Syria in March 2011, and to be able to face the growing needs among the Syrian society, Caritas began to expand to be able to reach the largest possible number of beneficiaries without discrimination between sect, doctrine or religion. The number of its offices, centres and staff (employees and volunteers) increased to cover six regions: Damascus, Aleppo, Homs, the Coastal Area, Hassakeh and Horan.

Through its various projects, Caritas Syria has offered different kinds of aid: food and basic items, education, elderlies support, psycho-social support for children and housing assistance, as the war has deprived most Syrians of any source of income.

Syria’s humanitarian crisis has produced over 6.5 million refugees in neighbouring countries. The number of victims of this fratricidal war has reached more than 400 000, but the figures do not reflect the real cost of the war.  Nearly 12 million Syrians are in need, and more than 6 million people have fled the conflict and still are internally displaced. 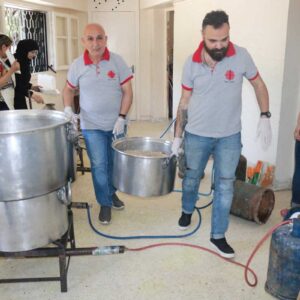 Stop sanctions. After 10 years of war Syria is now under the ‘bomb’ of poverty

Ahead of the fifth European Union donor conference on Syria, Caritas Internationalis shed light on the situation in Syria and urges the international community to act during the conference “Church and Caritas: 10 years of humanitarian response in Syria”. 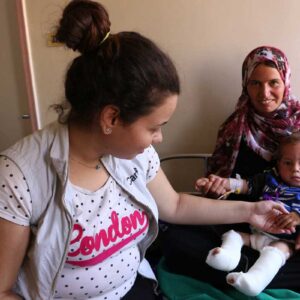 Caritas with Syrians through ten years of war, displacement and humanitarian crisis 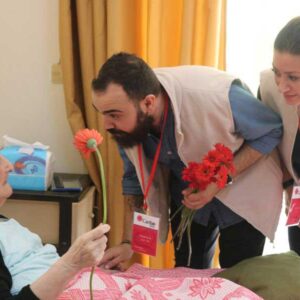 Elias Hamwi has worked as a Caritas Syria project coordinator in the eastern part of Aleppo for over three years. Here he reflects on the challenges facing Syrians and Caritas staff, who also face the struggles of life in a war-torn country. 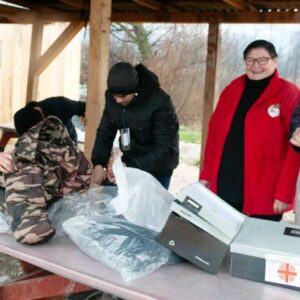 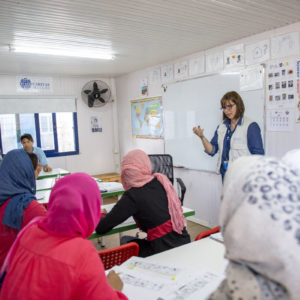 There are 42,000 asylum seekers trapped on the Greek islands including Lesbos. Caritas has adapted its work to providing help to those stranded. 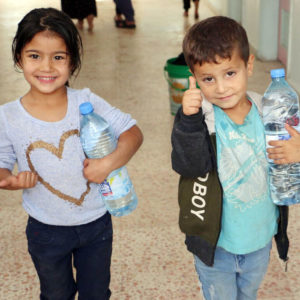 Caritas workers in Al-Hasakah provide aid to displaced families who were forced from their homes by violence at the start of the military operation in early October. 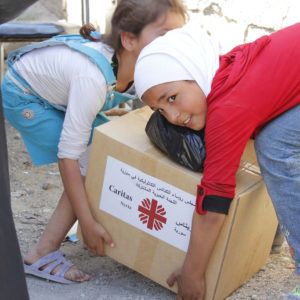 Caritas reports from inside Syria

While many aid agencies are pulling out of the city, Caritas Syria has started its next three-year, €4.1 million project for Aleppo, aimed at reaching 70,000 of its most vulnerable residents. 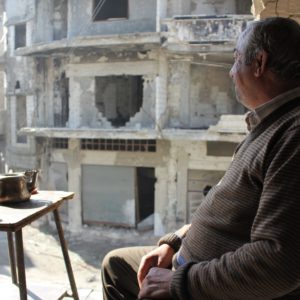 Life in Syria eight years into the war

Syria reaches a grim anniversary in March: eight years of civil war. After half a million deaths, with 11.6 million people forced from home, the nation is on its knees. Caritas is working inside Syria to help rebuild shattered lives. 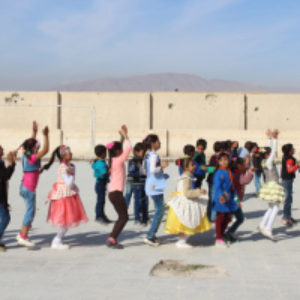 Caritas Syria walked side by side with scout groups and the secondary school students of Medaa in the destroyed streets of their village in Ghouta. 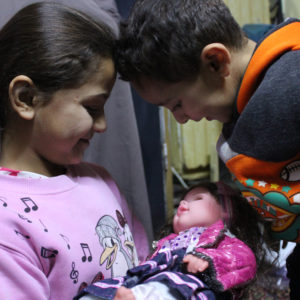 The civil war in Syria forced Maram and her family to flee without any possessions. Five years later they’re still homeless and yet to return. Security has improved in the capital, Damascus, and the family’s hometown in the adjoining villages in the Ghouta countryside, but the humanitarian situation remains critical. Winter is on its way ...