Caritas Bolivia is an official organisation of the Catholic Church, responsible to the Bolivian Bishops’ Conference, which was established to promote integral human development via a network of 18 social-pastoral Caritas organisations located in Bolivia. It is part of the Caritas Internationalis confederation and, at regional level, the Latin American and Caribbean Secretariat of Caritas (SELACC) and the Justice and Solidarity Department (DEJUSOL) of the Latin American Episcopal Council (CELAM).

Caritas Bolivia was first established on 4 December1958 as a social assistance, promotion and charitable institution with legal personality granted by Supreme Decree no. 79050 of 4 December 1958, which was historically recognised with the implementation of the USAID PL 480 programme (regarding distribution of food, medicines and clothing) that came to an end in 1998.

Subsequently, the Pastoral Social organisation was created by the Bolivian Bishops’ Conference on 16 February 1964, with the aim of disseminating the Church’s social teaching including related training, supporting groups whose human rights are in jeopardy, and carrying out research and analysis on solidarity and related national campaigns.

In the mid-1980s both Caritas Bolivia and Pastoral Social started working in the field of developing the economy and production, and were in agreement on social actions and pastoral initiatives. Given this situation, in November 1994 the Bolivian Assembly of Bishops decided to merge the two organisations, a process that was completed in 2000 with the first Joint Assembly of Pastoral Social – Caritas Bolivia.

The organisation currently works on the following issues: sustainable development of the economy and production (food security, small businesses, supportive co-funding, development to prevent forced migration); promotion, defence and restitution of human rights (people deprived of freedom, migrants, refugees, victims of human trafficking, the blind, the elderly and the sick); strengthening of democracy (civic participation, training, strengthening and accompaniment of indigenous and farmers’ organisations); and risk and emergency management (people affected by floods, drought, landslides and forest fires, as well as humanitarian assistance during social conflicts). 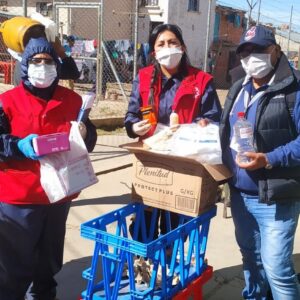 Prisoners the most exposed population to COVID-19 in Bolivia

Overcrowding inside prison facilities has been a big push factor for the spread of the coronavirus. The lives of prisoners were already very difficult due to lack of food, poor infrastructure, healthcare and basic services. 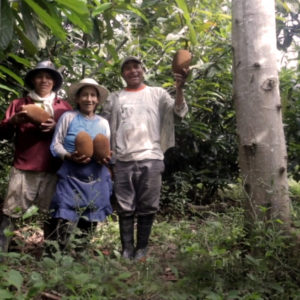 Global voices on the Synod: Peru and Canada

Yesica speaks out powerfully against the actions of multinational corporations that strip the Amazon biome of its assets. 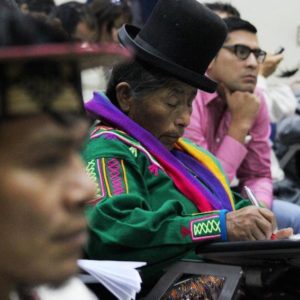 Mining and other extractive industries are driving human rights abuses and damaging the environment in the Amazon, say indigenous leaders. During meetings at the UN in New York 22 April to 1 May, community leaders supported by the Pan-Amazon Ecclesial network (REPAM) will raise the plight of their people. Caritas is a member of REPAM. ... 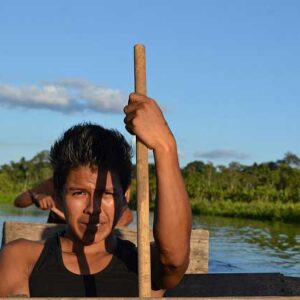 The Pan-Amazonian Ecclesial Network (REPAM) aims to create a training programme for community leaders and pastoral workers in the Amazon region, who have an extensive track record in protection and may thus respond to the challenges highlighted by the Pope.

Climate change has direct consequences on Bolivia’s poorest, living in the mountainous regions of the Andes. Natural disasters have become more frequent and melting glaciers endanger the water supply. Caritas has set up model projects in four different climate zones to prevent droughts and flooding due to climate change. The main objective of the Caritas ...

For many people, especially those living in poor countries, climate change feels like a tangible reality they have to cope with every day. Negative effects of climate change are most visible in the world’s developing countries, whereas the industrialized countries mainly contribute to the deterioration of the world’s environment. One hard-hit country is Bolivia. Its ...