Even though people are out of the “red zone” around the volcano, the population continues to face tremors, further eruptions and heavy ash fall, which is causing respiratory problems, poor visibility and which is so heavy that it has caused roofs to collapse. 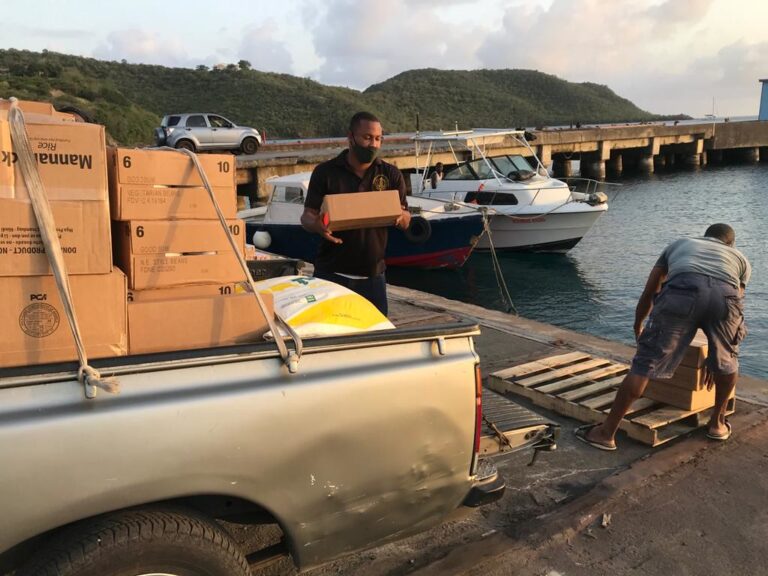 Caritas organisations in St Lucia, Grenada, Dominica, along with Catholic Relief Services (a US member of the Caritas confederation) have all mobilised and are working together to provide items such as food, water, hygiene kits, face masks, shields, goggles and also provide emergency response expertise and support.

“This is the worst disaster in living memory to hit the island,” says Marcia Haywood, regional coordinator of Caritas Antilles, located on a neighbouring island.

Caritas is currently carrying out a further assessment of people’s needs and an emergency coordinator is being sent from St Lucia. Caritas has mobilised young volunteers on St Vincents who have been specially trained in emergency response. 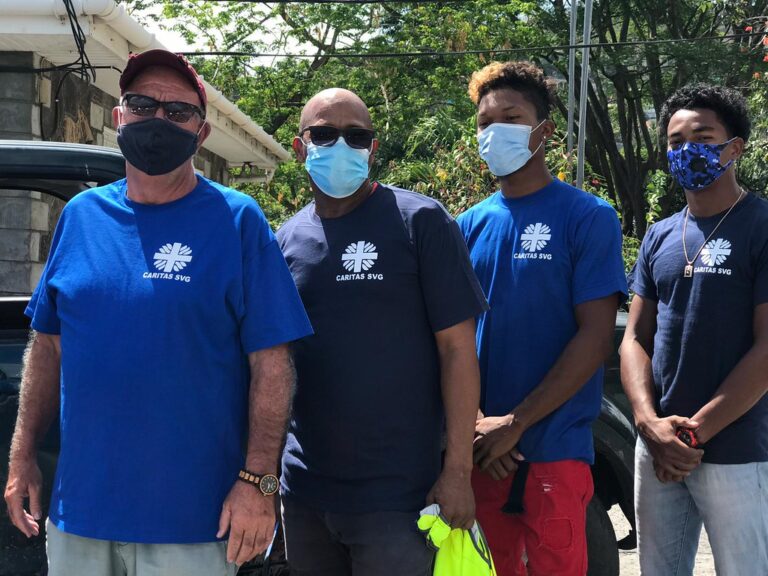 “Caritas has a youth training programme to encourage young people to become first responders,” says Ms Haywood. “Our islands experience hurricanes every year and a lot of work has been done to ensure our Caritas organisations have people with the expertise to deal with emergencies. We already know that this year’s hurricane season is going to be above average.”

Ms Haywood says that the COVID-19 crisis is now being aggravated by the eruption of the volcano, which promises to be a ‘crisis within a crisis’, and because of the proximity of the people who have been displaced, it is feared that the rate of contagion will increase.

The pandemic and the need for quarantining also complicates the movement of people from the island and also the deployment of emergency support staff to the island. Anyone arriving on St Vincents has to isolate for 21 days.

La Soufrière had been dormant since 1979 and the last eruption didn’t cause any casualties. It started to show signs of activity in December 2020 before the April eruptions.

Donate now to support our work