Caritas Croatia was officially founded in 1992 in response to the humanitarian needs of the people affected by the Croatian Homeland War of the early 1990s, although an organised charitable ministry of the Church can be traced back to 1934. During the war and in its aftermath, Caritas Croatia provided coordination for the Caritas network in the country providing shelter, clothing, food and medicine to war victims: orphaned children, families affected by the hostilities and people  in reception centres, as well as offering rehabilitation and care to the displaced and refugees.

Today Caritas Croatia aims to remove the causes of poverty and to promote solidarity and social justice, acting as a voice of the poor and the marginalised. Caritas Croatia’s extensive work includes humanitarian aid in emergency situations, advocacy work for the vulnerable, poverty alleviation, promotion of voluntarism and strengthening the network of parish Caritas, in collaboration with other Croatian Bishops’ Conference offices and diocesan institutions.

Despite being a relatively small Caritas organisation, Caritas Croatia has been active in raising and  distributing humanitarian aid in emergency situations to countries around the world, such as Kosovo, Turkey, Venezuela, El Salvador, India, Iraq, Iran, East African countries, Syria, Pakistan Chile, Indonesia and Haiti. Central to Caritas Croatia’s disaster response work is collaboration with the Caritas Europa and Caritas Internationalis networks, in order to ensure effective and efficient impact of its national campaigns. For example, when devastating floods struck the Czech Republic in 2002, as well as sending money, Caritas Croatia was the first humanitarian organisation in Croatia to send its own volunteers. Its humanitarian relief and development assistance played a vital role in the efforts relating to: the epic tsunami and earthquake disaster in South Asia in 2004 and 2005; Hurricane Katrina in the USA; food insecurity crises in Kenya; the devastating earthquakes in Indonesia in 2009 and Haiti in 2010; tsunami earthquake victims in Japan in 2011; refugees from Syria in 2013; as well as the more recent ones targeting flooding in Bosnia and Herzegovina, Serbia and Croatia in 2014 and the migrant crisis in 2015/16.

Fundamental to Caritas Croatia’s objectives is advocacy work, in order to change structures of injustice prevalent in Croatia and the world. This is best exemplified in Caritas Croatia’s national awareness and advocacy campaign on behalf of an HIV-positive girl whose public education had previously been disrupted due to social stigma.

Caritas Croatia collaborates with diocesan offices in strengthening the network of family counselling centres, in order to offer expert assistance and counselling to young couples and families in need of spiritual and psychological assistance.

The educational department promotes parish Caritas development and solidarity through initiatives such as special events, public promotions, lectures, workshops, and meditative prayer groups. Caritas Croatia is also engaged in helping the Church and people in Bosnia and Herzegovina through its Lenten fundraising campaign, with funds being distributed within the Caritas network in Bosnia and Herzegovina for organisational capacity building and educational, social and health projects, as well as for strengthening small family enterprises and businesses. During the Caritas Croatia Christmas campaign funds are raised for the poorest families in Croatia and distributed through 16 diocesan Caritas offices.

As an official institution of the Croatian Bishops Conference, Caritas Croatia’s main office is based in Zagreb and has a staff of 5. The Secretariat office serves as the focal point for the 16 Caritas diocesan offices and the 1600 parishes in Croatia, working closely with them to develop the most effective solutions to deal with the most pressing social problems.

As a member of the Caritas confederation, Caritas Croatia works in partnership with the global Caritas network, responding to a number of humanitarian appeals all over the world. As a member of Caritas Europa, Caritas Croatia strives to promote Christian values and Catholic Social Teaching, as well as supporting advocacy efforts at the European Union level in fighting poverty, hunger, social exclusion and inequality while contributing to the exchange of knowledge and expertise, experience and best practices within the Caritas network. 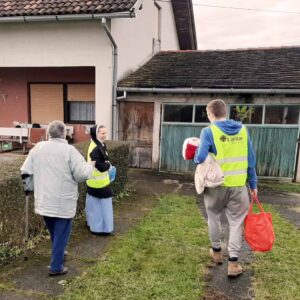 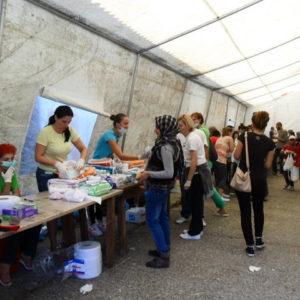 Life inside a refugee reception centre in Croatia

Caritas Croatia and Jesuit Refugee Service (JRS) are two of the few organisations still present in Porin. They’re working together to support asylum seekers and increase their chances to integrate in Croatia. 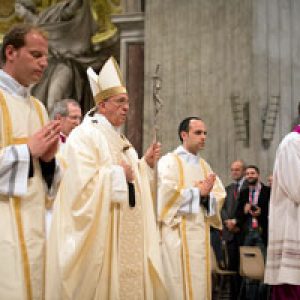 Pope Francis is urging governments to find a political solution to the war in Syria as part of the Caritas Internationalis ‘Syria: Peace is Possible’ campaign 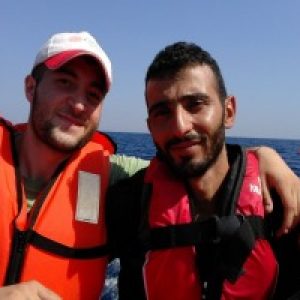 Modar used to work for Caritas in Syria helping people who were fleeing conflict. When life became too dangerous, he left for Europe. He describes his work, the terrible journey and coming to terms with being a refugee. 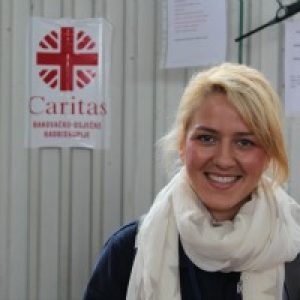 Aid and compassion for refugees in Croatia

Caritas Croatia has a large operation in Opatovac, with 56 volunteers working day and night to provide food and clothes. The organisation has also supplied 200 bunk beds for weary refugees. 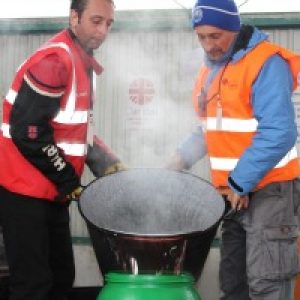 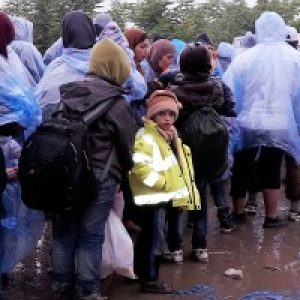 Caritas Croatia welcomes refugees with hot cup of tea as they cross the country in search of a better life. 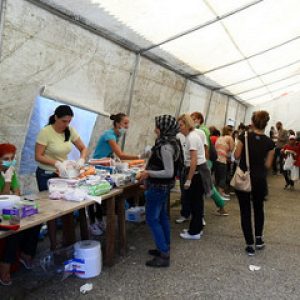 Caritas launches programme to help refugees and migrants in Croatia

Caritas has launched an emergency appeal for €250,000 (US$280,000) to help refugees and migrants who are in reception centres and transit camps in Croatia.