Caritas young volunteers have been out in force in Indonesia distributing water, food stuffs and other essential items to at least 25,000 people in Indonesia following unprecedented flooding and landslides caused by Cyclone Seroja. Caritas is also providing psychosocial help for those traumatised by the disaster.

Caritas Indonesia says that what makes Seroja different from previous cyclones is that Seroja moved much closer to land, which made it more destructive. This is the first time that a cyclone moved in this way in Indonesia and triggered such a tremendous impact. 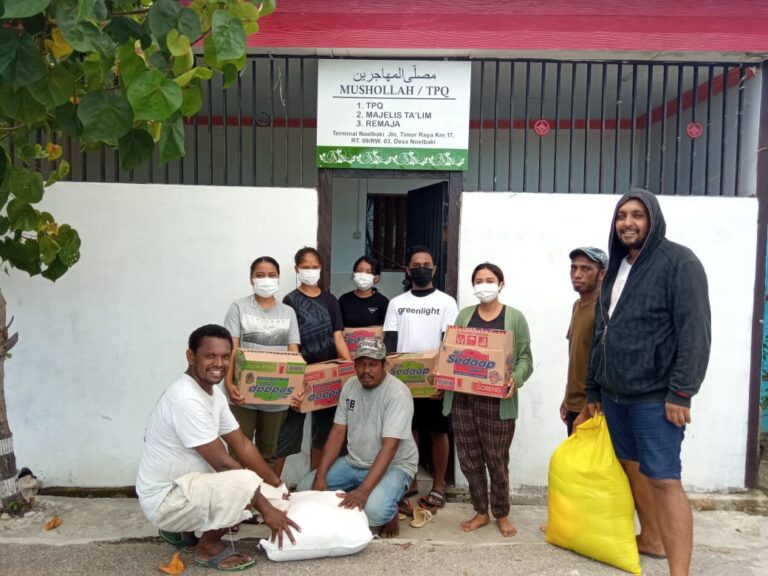 The 4th April disaster in the East Nusa Tenggara islands has damaged or destroyed thousands of homes and forced many people to take refuge in evacuation centres. More than 460,000 people have been affected in 16 municipalities.

“As we have experienced a recent earthquake in East Java as well, our emergency teams are on high alert,” says Dhion Gumilang, communications coordinator for Caritas Indonesia. “We’ve mobilised local volunteers and we’re coordinating with other Caritas member organisations to provide support and funds so that we can help people through this difficult period and ensure ongoing solidarity in the coming months to those affected.”

Caritas Indonesia is coordinating relief efforts in four dioceses: Atambua, Larantuka Weetebula and the Archdiocese Kupang. It has been distributing rice, cooking oil, clean water, sugar, hygiene items, mattresses, blankets and biscuits, depending on what’s needed both in evacuation camps and among people who’ve managed to remain in their homes.

“By sending trained young volunteers from areas not affected to distribute food and essentials and clear mud from people’s homes, we hope to spread the message of compassion to those hit by the floods,” said Fr Martinus Sutomo, Director of Caritas Semarang.

Not just homes, but also other buildings and infrastructure have been heavily hit. One teacher said, “Our school was destroyed, school documents and equipment including tables and chairs were destroyed too. We didn’t have time to save them because the flood came so suddenly. We need to ensure schools are rebuilt.” 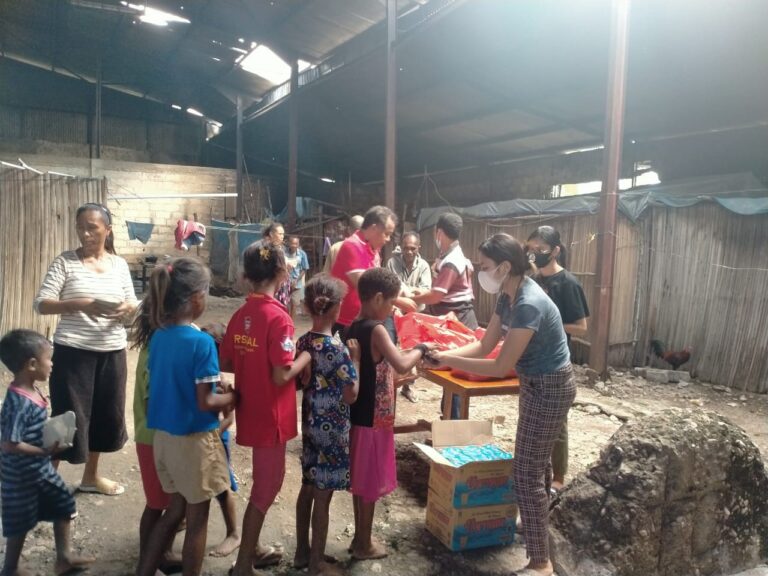 So far, 182 people have been confirmed dead, 136 were injured, and 47 are still missing. Infrastructure has been damaged to varying degrees including over 60,000 houses which need repairing following the flash floods and whirlwind. It was reported that the damaged agricultural field, reached 2,014 hectares and 4,326 dead livestock.

Before such complex situation, Caritas has ramped up its ability to coordinate and respond to emergencies and boosted its disaster risk reduction programmes (DDR). Beyond the immediate response to the disaster, Caritas will also support people in repairing their homes.

The cyclone occurred just before the harvest season, meaning massive losses for farmers in affected areas and difficulties in planting further crops this year due to the flooded fields.

Help us respond promptly to emergencies, click here to donate