Siyabhabha Trust Caritas South Africa was founded in 1970 in response to the poverty most people were suffering as a result of apartheid. Widespread poverty and inequality are still major problems in the country, which also has one of the highest HIV infection rates in the world.

Caritas South Africa focuses on economic justice, peace and reconciliation, human development and climate change. It is committed to providing people from every faith, origin and background, with the means to realise their full potential and become contributors to the common good.

Some of its most relevant programmes include:

Capacity Building to respond to local needs and actively engage local communities in decision-making and in development processes;

Economic Strengthening to implement strategies for sustainable work opportunities in vulnerable groups with activities such as craftwork for unemployed women;

Promoting Action for Community Care and Empowerment, aims to reduce the effect of socioeconomic and health difficulties (mental, spiritual, physical) amongst vulnerable groups.

In the light of the xenophobic attacks in South Africa, the need for asylum seekers and migrants to be integrated into South African communities has taken on a new significance.

In this situation, the Peace Building and Social Cohesion programme engaged the different stakeholders in conversations and dialogues. Another example has been the Peace Cup in soccer to promote solidarity and non-violence, disregarding geographical borders and social classes. 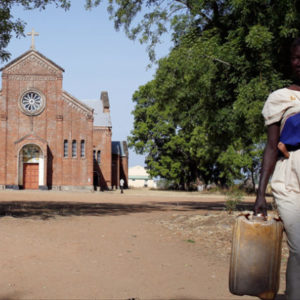 As the humanitarian crisis worsens in South Sudan, Bishop Erkolano Lodu Tombe, President of Caritas South Sudan and Bishop of Yei, has warned the country is in a state of collapse with millions of people facing mass starvation. Bishop Tombe and senior officials from Caritas South Sudan gathered in Rome on Tuesday to discuss the ... 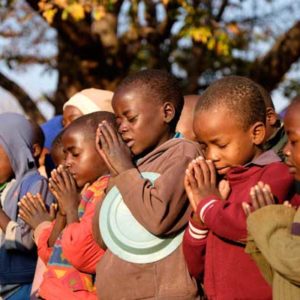 Failed harvests in Zimbabwe “How is your hunger?”

Zimbabwe has been one of several southern African countries affected by the El Niño weather system that’s led to unusual weather patterns and 21 million people in need of food aid.

Spiritual and ethical dimensions in dealing with climate change

Today, on contemplating our skies and lands, we should heighten our sensitivity to discover the signs that impel our cooperation as religious communities. Rather than stifling us, may our discussions foster the emergence of a common pool of creative responses, committed actions and fraternal solidarity to deal with climate change. 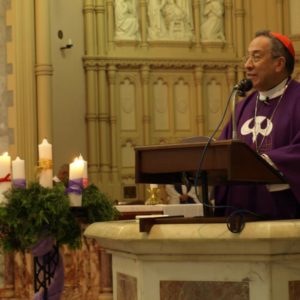 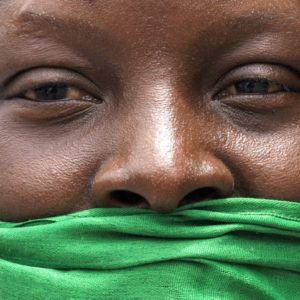 Durban climate talks: We have a voice

By Patrick Nicholson Thousands of civil society campaigners marched through Durban to protest at a failure of governments within the UN climate talks to make progress on cutting greenhouse gas emissions and providing financing for poor countries to adapt to the consequences of extreme weather conditions. Among them were Caritas staff from Africa, Europe and ... 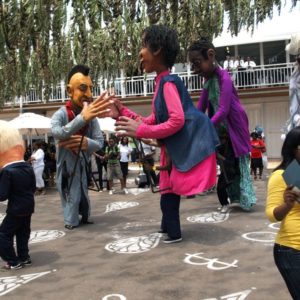 By Patrick Nicholson African faith leaders sent a strong message to delegates at the UN climate change conference in Durban, urging political leaders to take the decisions necessary for the survival of humanity. “We demand that our political leaders honour previous commitments, and quickly move towards more humane, environmentally responsible policies and practises,” said Cardinal ... 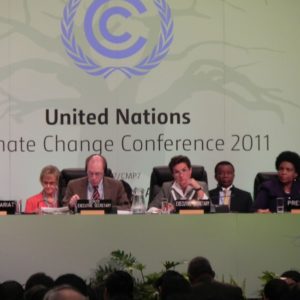 Cardinal Oscar Rodriguez Maradiaga brought the concerns of Caritas members to one of the most important negotiating groups at the Durban climate talks: the 132 nation G77 and China bloc of developing countries. 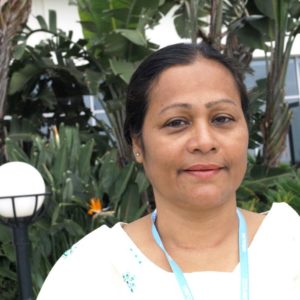 By Patrick Nicholson An insurance policy covering loss and damage to your property if there is hurricane or flood isn’t an option if you are poor. But one of the smaller issues discussed at Durban is how to provide communities with just such coverage through a ‘loss and damages’ fund. Dr Anwara Shelly from Caritas ... 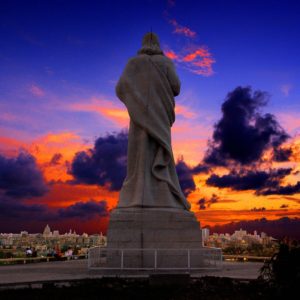 Durban climate talks: What’s God got to do with it?

By Patrick Nicholson Q. What’s God got to do with it? A. Everything “At the centre of creation is human beings,” said Cardinal Oscar Rodriguez Maradiaga, President of Caritas Internationalis at an event during the Durban climate talks. “Our economic system and its search for money above all have dehumanized human beings. Religious groups have ... 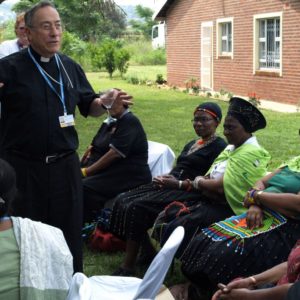 By Patrick Nicholson Cardinal Oscar Rodriguez of Honduras met UN officials today as talks in Durban on climate change continued. The Cardinal is representing Caritas Internationalis at the UNFCCC meeting along with Caritas members from South Africa, Kenya, Bangladesh, and the British Isles. Some 25,000 government officials, lobbyists and scientists are expected to attend the ...